Legendary figure of the modern sega, the big griot of the singing maloya, René Lacaille and his accordion is the embodiment of a musical culture creole unique, that of the Reunion Island which use rhythms and instruments from African, Indian, Malagasy and Europe. The former fellow traveller of Luc Donat and Alain Peters, big traveler of the African and Mediterranean folklores, he sings with Gatir the island parties and revives the Creole balls.

Amazing musician, René Lacaille was born in 1946 in musicians’ family of ball “the dust” in Reunion. He plays with his father and his brothers, to the battery and to the accordion, before passing in the guitar and in the saxophone, in self-taught. He leaves Reunion first time in 1966.

In mainland France, he learns the music theory with his brother Renaud, trumpeter. He returns in Reunion at the beginning of the 70s for the great adventure of the groups which he goes up on the spot: ad hoc, Caméléon, with Alain Péters and Loy Erlich. They create together what we call the electric maloya: René does not play any more while of the guitar. Of return in France in 1979, he experiences the jazz, played in boxes in Paris, but he also accompanies Creole musicians, as Luc Donat.

He discovers Danyèl Waro in Bourges at the end of the 80s and decides to resume the accordion, the return to basics enriched by all the rhythms and by all the crossed musics, come from Africa or from South America. He turns in Africa and in Indian Ocean a lot.
The meeting with Bob Brozman in the middle of the 90s opens him the Anglo-Saxon world and is worth to him an international gratitude (summer Festival of Quebec, turned in Autralie, Womad, Womex). René likes tones, crossed rhythms and meetings.
He plays with those who as deny themselves a good thing him to share never when it comes to a little of heat: Bob Brozman, Debashish and Subashish Bhattacharya, Lo Jo, Vincent Ségal, Loïc Lantoine, André Minvielle, Fantazio, the accordionists Jean-Luc Amestoy, Michel Macias and Philippe de Ezcurra (au sein des Accordéons Daquí), Raul Barboza and Antonio Rivas (Accordéons en Escales), Régis Guizavo, Marcel Loeffler, Joaquin Dias, Richard Galliano, but also groups as les Chevals, la Campagnie des Musiques à Ouïr, Circassians as Cie du P’tit Vélo,  acrobats as les Sélènes…

René Lacaille occurs with his own trainings, in duet according to the meetings and the crushes, in duet or trio with his children (Lacaille èk Marmaille) or with septet Fanfaroné. The live recording of the group Fanfaroné in Reunion went out on September 1st, 2014, distributed by l’Autre Distribution. New creation of the trio Lacaille èk Marmaille in 2014.
The album GATIR is appeared in 2015. René Lacaille livens up regularly internships and workshops with very diverse public: school, amateur musicians of any levels and practising any instruments but also professionals (brass bands, companies of street entertainments). Nothing matters more only to share music in which he was born and that he carries for a long time, in the enriching.
Very beautiful article (french press) on the le Petit Bulletin by Sébastien Broquet in January, 2016 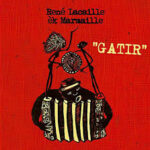 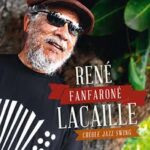 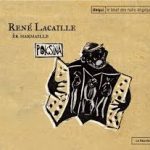 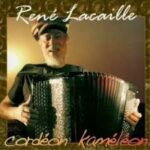 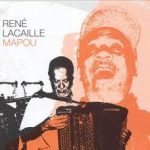 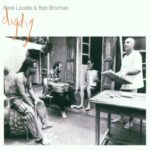 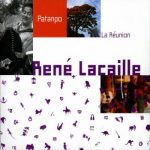 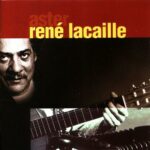